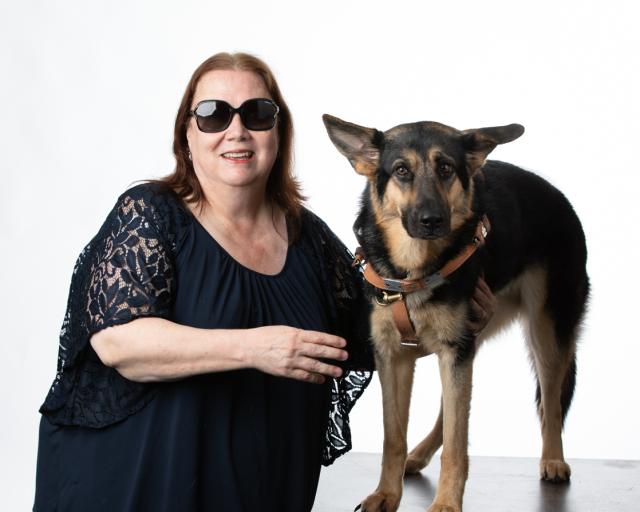 Kim Charlson has worked at the Perkins School for the Blind Braille and Talking Book Library for 36 years, and she is also the president of the north American/Caribbean World Blind Union. She attended Willamette University Receiving her B.S. in Political Science and Government. She then Received her master’s in Library and Information Science at the University of North Texas. After college, and before working at Perkins, she worked at the Oregon State Library as Textbook Coordinator from 1979 to 1984. She loves her work and is compassionate about helping those with disabilities live fulfilling lives.